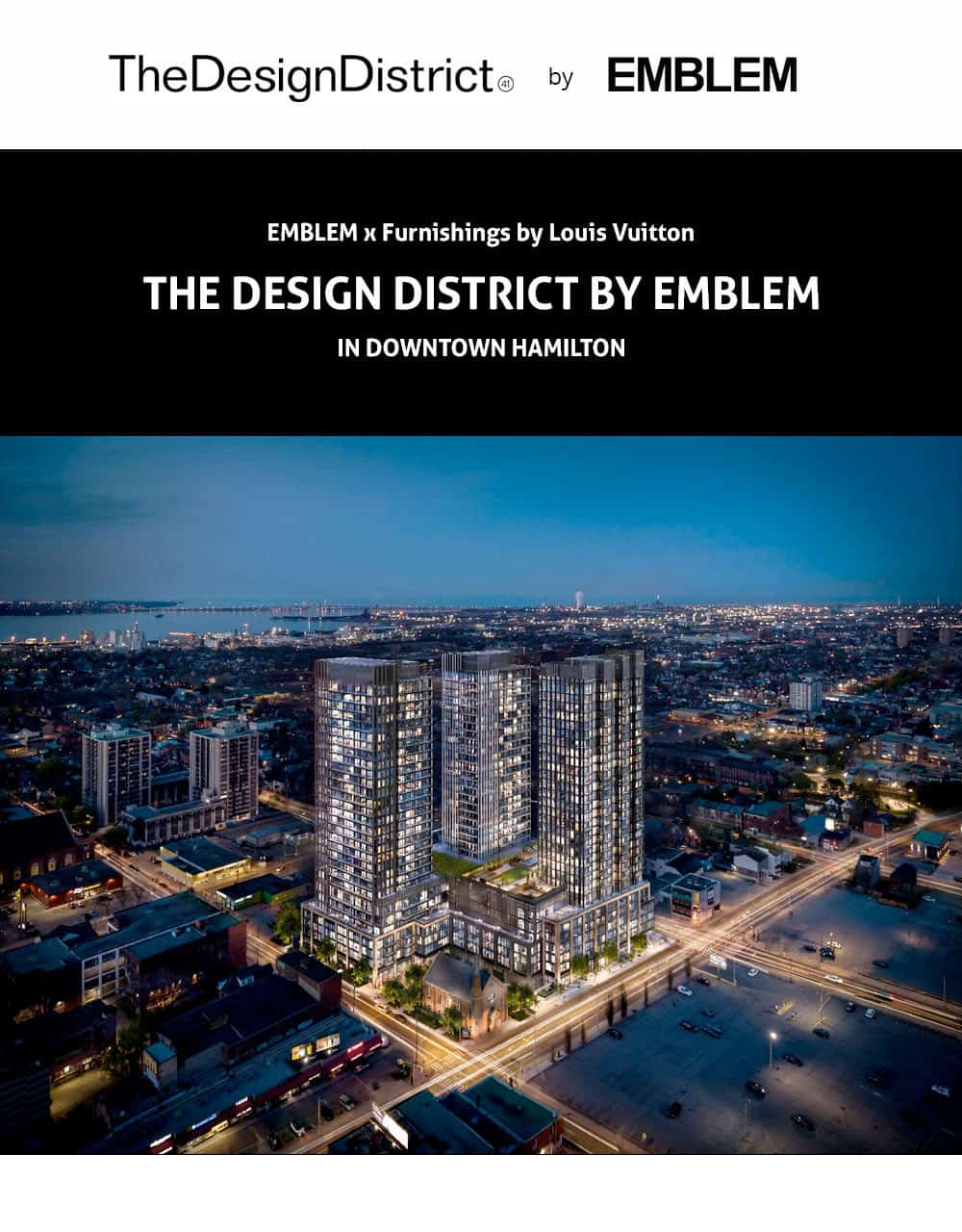 Introducing The Design District, Hamilton’s newest condominium community coming soon to the downtown core located at Wilson St & James St N! Featuring three towers each set to stand 30-storeys tall, The Design District is a reflection of the exciting changes the city of Hamilton is witnessing where over $4.4 billion dollars is projected for city development including the new LRT, downtown entertainment hub, and the waterfront redevelopment – all of which The Design District residents will have quick and easy access to! Residents will also find themselves steps from numerous shops, cafes and restaurants and minutes from Mohawk College, McMaster University, the Hamilton Centre GO Station, Highway 403, the QEW and so much more that this booming city has to offer!

Miami, New York, and London are defined by Landmarks. The time is now for the next Landmark to be born. The Design District will forever change not only Hamilton but Toronto as well. EMBLEM is unveiling its latest commitment to exceeding expectations.

POPULATION INCREASE & ECONOMICAL OUTLOOK
Hamilton’s current population of 569,000 is set to increase by 236,000 within 30 years while adding approximately 122,000 new jobs. This will fuel housing demand to the area and should lead to very healthy returns for those who are getting into the market now. Tech has also been booming with CBRE ranking the city Top 5 for Tech Labour in the country.

TRANSIT EXPANSION
Hamilton is already home to excellent transit options including local bus connections as well as the GO Bus & Train network which connects the city to all major areas in Southern Ontario. There is also an upcoming Light Rail Transit (LRT) which will just add to the convenience. Hamilton is also home to an International Airport connecting it to places around the world.

EDUCATION & STUDENT POPULATION
The city is home to the prestigious McMaster University which is home to over 34,000 undergraduate and postgraduate students while only having approximately 3,900 beds on campus. It also houses Mohawk College with well over 33,000 students – leaving a large student rental pool in the city.

REVITALIZATION & REJUVENATION
What was once known as the ‘Steel City’ is now prime for growth with its close proximity to Toronto it was only a matter of time. There are many planned projects coming to Hamilton’s core, one of which is a $140 million revitalization of Hamilton’s Waterfront.

The Mark of Exceptional Design - EMBLEM

With The Design District, EMBLEM is making a bold statement about its love of art and design and believing that Hamilton is one of the best markets to invest in.

Now Is The Time.

Hamilton is renowned for having a diverse economic base, innovative institutions, vibrant downtown, attractive waterfront, thriving local arts scene, and strong sense of community. The city is in the midst of remarkable transformation, with aggressive investment and growth heralding a bright future for Canada’s next hub of arts, creativity, culture and technology.

Over the past few years, the historic city of Hamilton has undergone a dramatic transformation from an industrial powerhouse to a vibrant, creative destination full of energy and excitement. A spirit of renaissance has taken over. Powered by over $1 billion in investments, the city’s landscape is rapidly changing in a perfect mix of heritage and innovation.

+$4B Invested into New Infrastructure 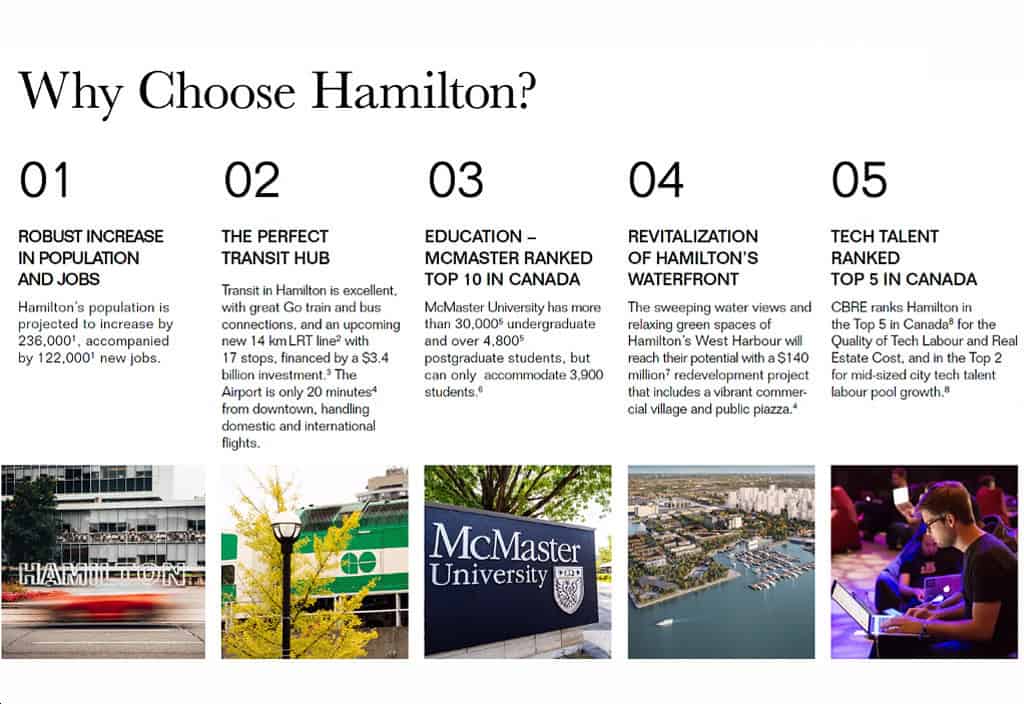 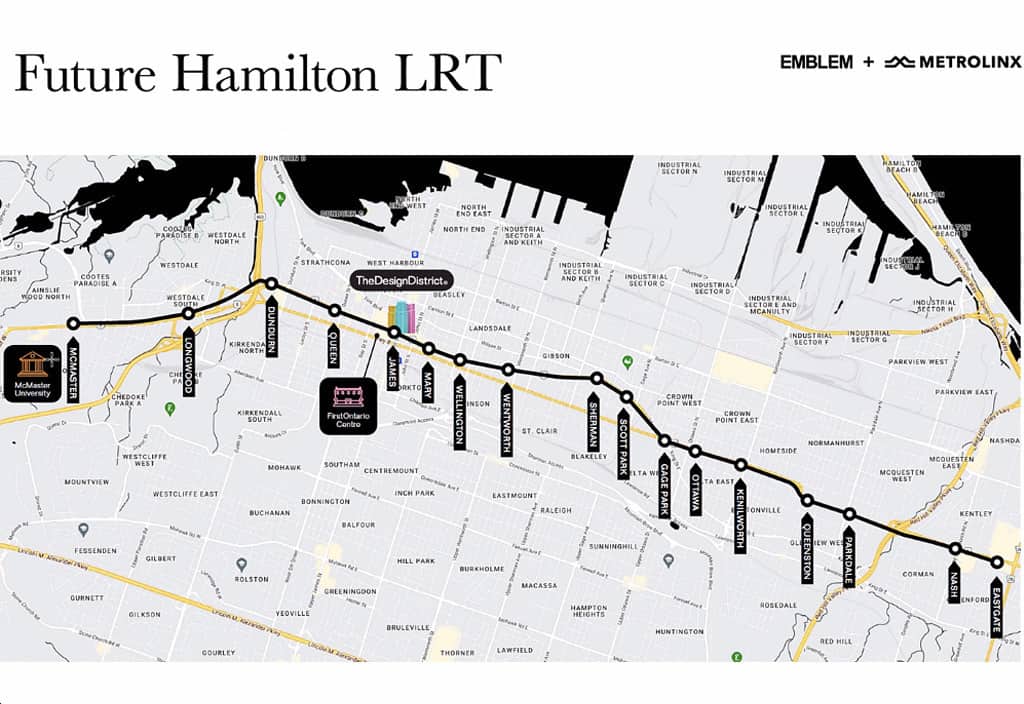 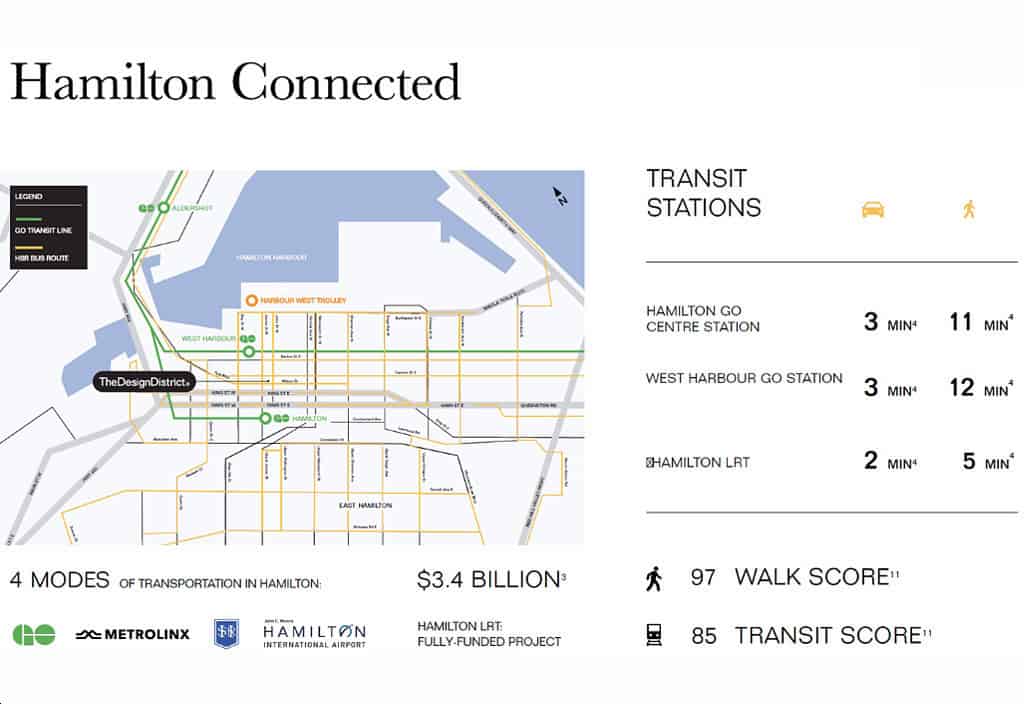 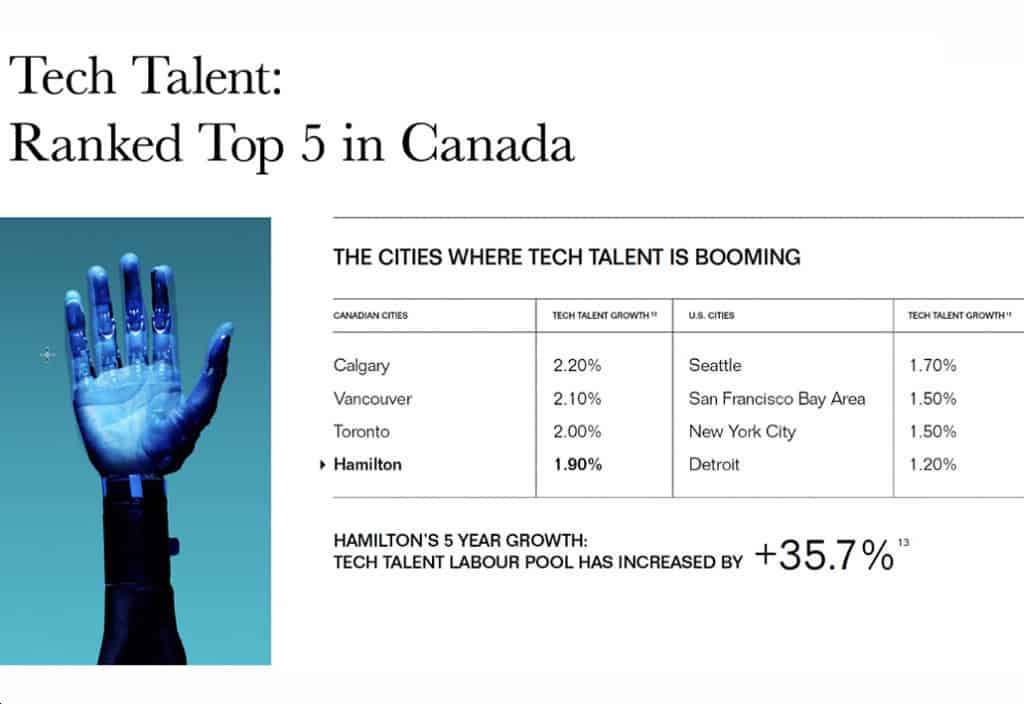