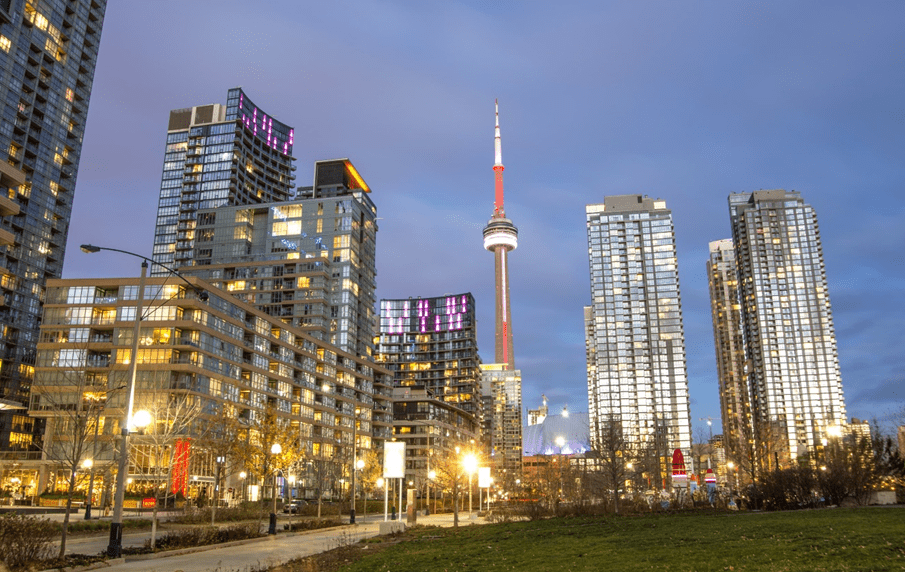 Here is a short insider article that may surprise you with the facts regarding the Top 5 Fastest Growing cities in Canada!

Over five years (from 2016 to 2021), most of Canada’s fastest-growing municipalities with the highest population growth rates are located within large urban centers or close to them.

The fastest-growing communities in the past five years include Bradford West Gwillimbury and Wasaga Beach in Ontario, Moncton in New Brunswick, Fort Saskatchewan and Spruce Grove in Alberta, and Ottawa Gatineau in Quebec, the French province. As more people adapt to life after the pandemic, the fastest-growing regions in the country reflect the urban sprawl trend. For example, East Gwillimbury, a municipality on the outskirts of the Toronto CMA, tops the list of the fastest-growing cities in Canada, with the highest population growth rate at +44.4 percent.

As per Statistics Canada data, Toronto saw a 2.3% growth rate over the past five years.

Within the Toronto Census Metropolitan Area, Brampton had the highest growth rate (+10.6 percent), underlining the Population trend in peripheral municipalities increasing faster than in central cities. Toronto is close to 2.8 million residents, followed by Montreal at 1.8 million. Calgary, Edmonton, and Ottawa crossed the 1 million mark, bringing the combined Population of these major cities to just over 44 percent of Canada’s total Population.

In the 2021 Census of Population conducted by Statistics Canada, there were a few surprising results. Canada has seen a faster pace of growth in its peripheral communities than in its large urban centers. As per the Census data, these cities make up the top 5 placings.

Kelowna topped the list of Canada’s fastest-growing cities, gaining 14 percent in its Population over the last five years. As a result, it is also known as the “Hawaii of Canada.”

Kelowna is in the middle of the Okanagan Valley, which produces some of Canada’s best wines. Located south of the Lake Country region, Kelowna has some of the best nature trails, biking trails, parks, and beaches for outdoor lovers. It also offers more affordable housing compared to nearby Vancouver.

It has seen more cross-provincial migration to the city post-pandemic than any other. As a result, Kelowna has the third fastest-growing central core out of all Census Metropolitan Areas in the country, according to Statistics Canada.

Chilliwack, located outside Vancouver in the British Columbia province, is the runner-up with 12.1 percent growth.

Chilliwack is a town in rural areas with a population of 113,767 per the census metropolitan area level in the 2021 census conducted by Statistics Canada.

Kamloops is also known as the “Tournament Capital of Canada.” Located in the interiors of British Columbia, it boasts of the famous Peaks Resort’s hiking trails, bike parks, and various ski runs and is rightfully one of Canada’s resort cities.

Kamloops’ economy includes healthcare, tourism, education, transportation, and natural resource extraction industries. The Population in Kamloops had a growth rate of 10per cent in 5 years.

London and its local river, the Thames, were named for the British capital of London by John Graves Simcoe. London’s economy is dominated by medical research, healthcare, and education, either conducted or supported by the University of Western Ontario.

With a population percent growth of 10per cent from 2016 to 2021, London is growing faster than other urban regions.

Nanaimo is a fast-growing port city with thriving fishing and lumbering industries and is called the “Harbour City.” Located on the east coast of Vancouver Island in British Columbia, Nanaimo has an abundance of outdoor adventures, including scuba diving, boating, sailing, trails, and golf courses.

Like London and Kamloops, Nanaimo saw a population growth of 10 percent from 2016 to 2021. The city was also known as the Hub City due to its original layout design, where the streets radiated from the shoreline like the spokes of a wagon wheel.

Embracing the Trend of Urban Sprawling

The rapid growth of urban areas can be attributed to increased Population and migration to urban areas. Statistics Canada’s new report on Population and dwelling counts in Canadian provinces and territories states that many big-city Canadians migrate to smaller towns and municipalities.

Working from home is a reality that is here to stay, and more people are changing towards affordable housing and living costs in smaller communities. So if you are one of the lucky ones that do not need to commute to downtown Toronto or Calgary,  give us a call, and we shall help you find a perfect-for-you home in the suburbs.