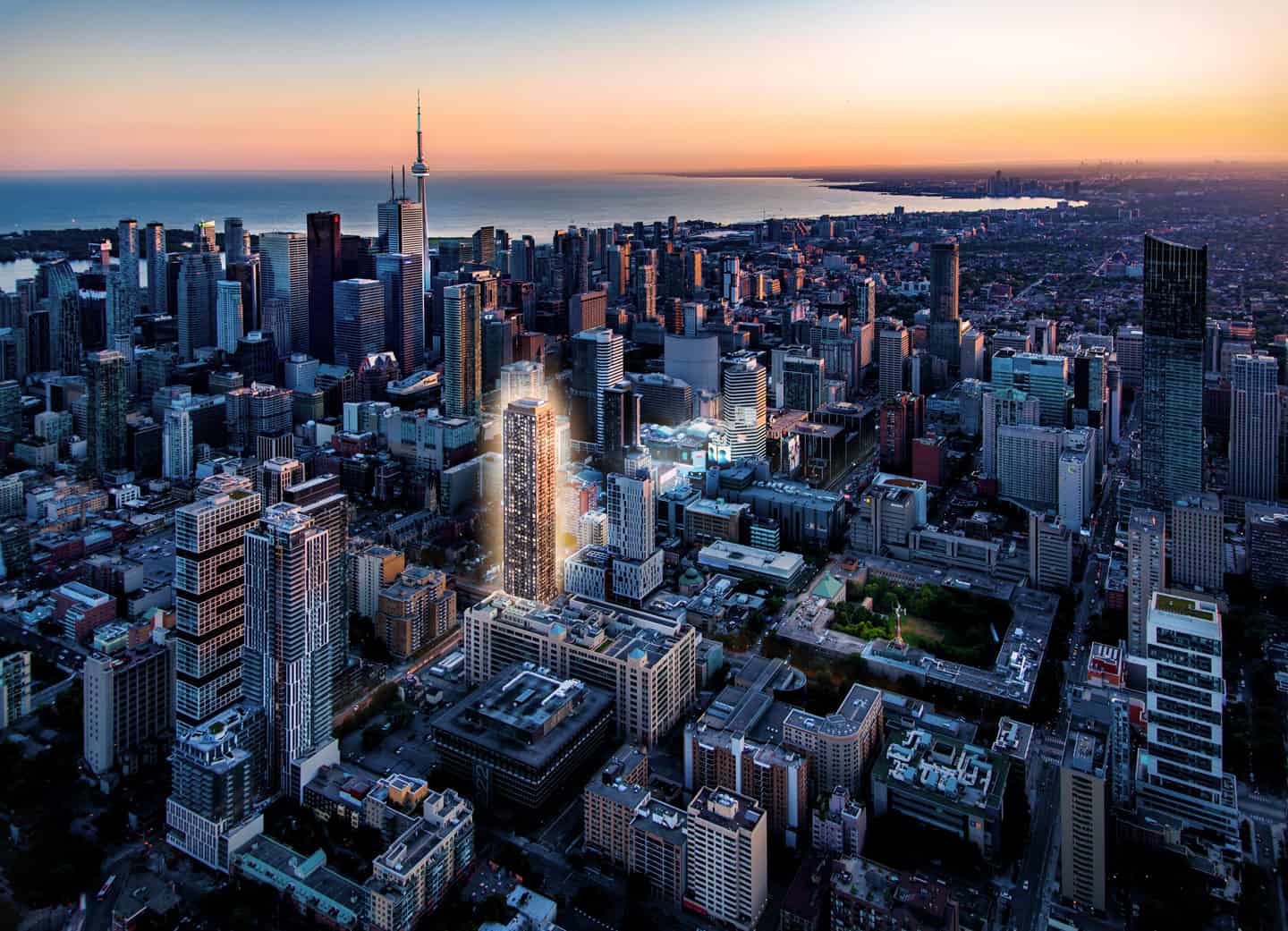 Centricity Condos is a new high-rise condominium by Graywood Developments in Toronto,  located at 241 Church St, on the northeast corner of Church and Dundas St, in The Garden District neighbourhood.

Reasons to Invest in Centricity !

Centricity Condos is in one of the most coveted downtown neighborhoods in the Garden District. The sky-high pre-construction condo will be minutes from Allan Gardens, Moss Park, and Ryerson University. Garden District is home to one of the busiest downtown areas, Yonge-Dundas Square, which consists of shopping centers, restaurants, bars, and prestigious performing arts venues.

Union Station is about a 7-9 minute drive or can be walked to in approximately 20 minutes, providing connectivity to all over Greater Toronto Area. 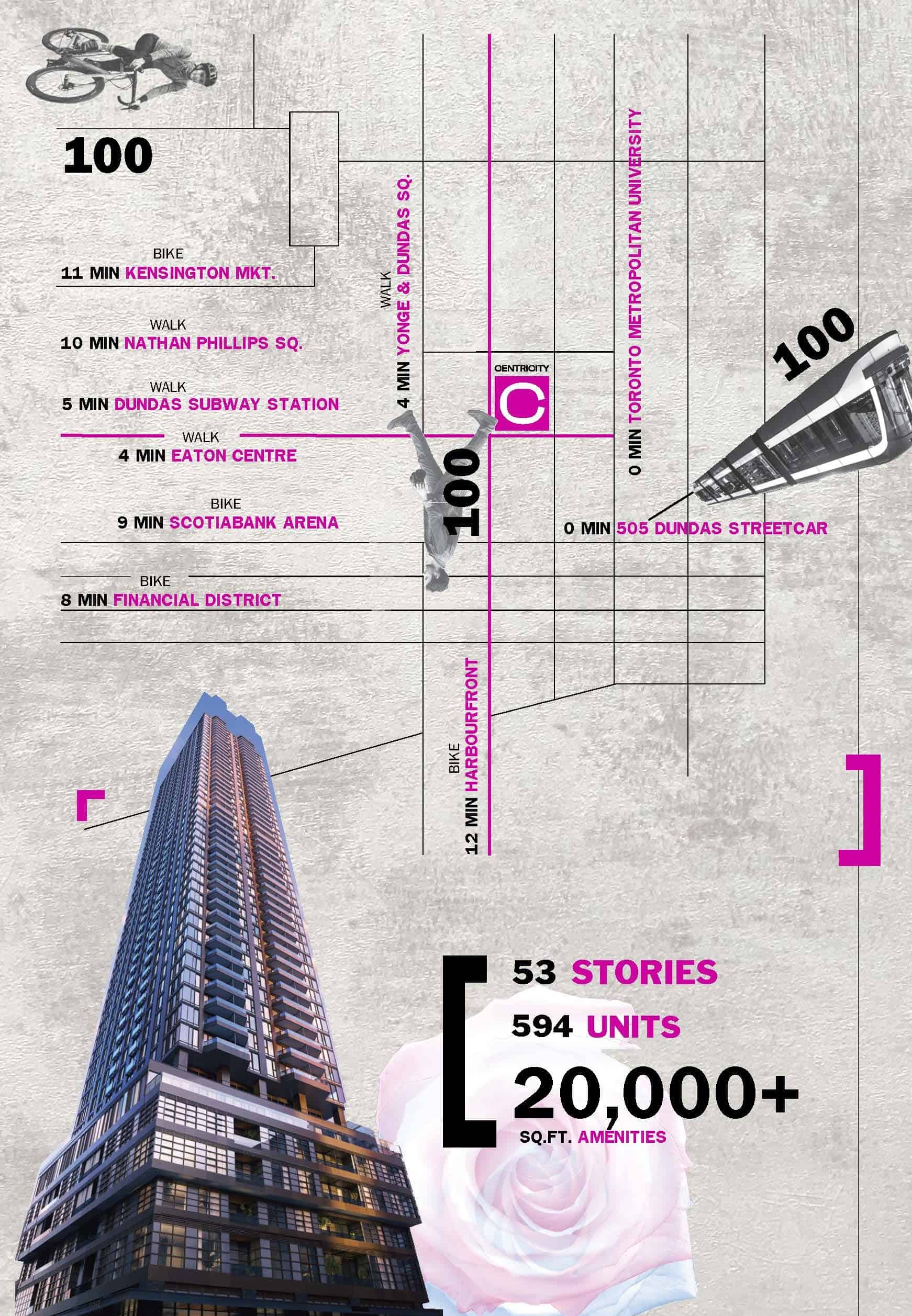 Centricity is a new landmark development coming soon to the heart of downtown Toronto located near Church & Dundas. This community is considered one of the most sought-after residential areas in the downtown core, as it has become a hotspot for condo developments.

Toronto is home to over 2.7 Million People and GROWING! It is estimated that Toronto will need an additional 259,000 new homes from now until 2031 to meet the demands of a growing population. Still, it is estimated that the city will only be able to provide 157,800 new homes by then, meaning there will be a shortage of over 100,000 homes.

Graywood Developments is a highly reputable developer with over three decades of experience. Graywood has developed over 31,100 housing units in several asset classes, including residential lots, low-rise housing, mid-and high-rise condominiums, hotels, and retirement residences, with a combined value of over $8.3 billion. Graywood currently has over 6,000 units (5.2 million sq. ft.) under development with a value of over $4 billion.