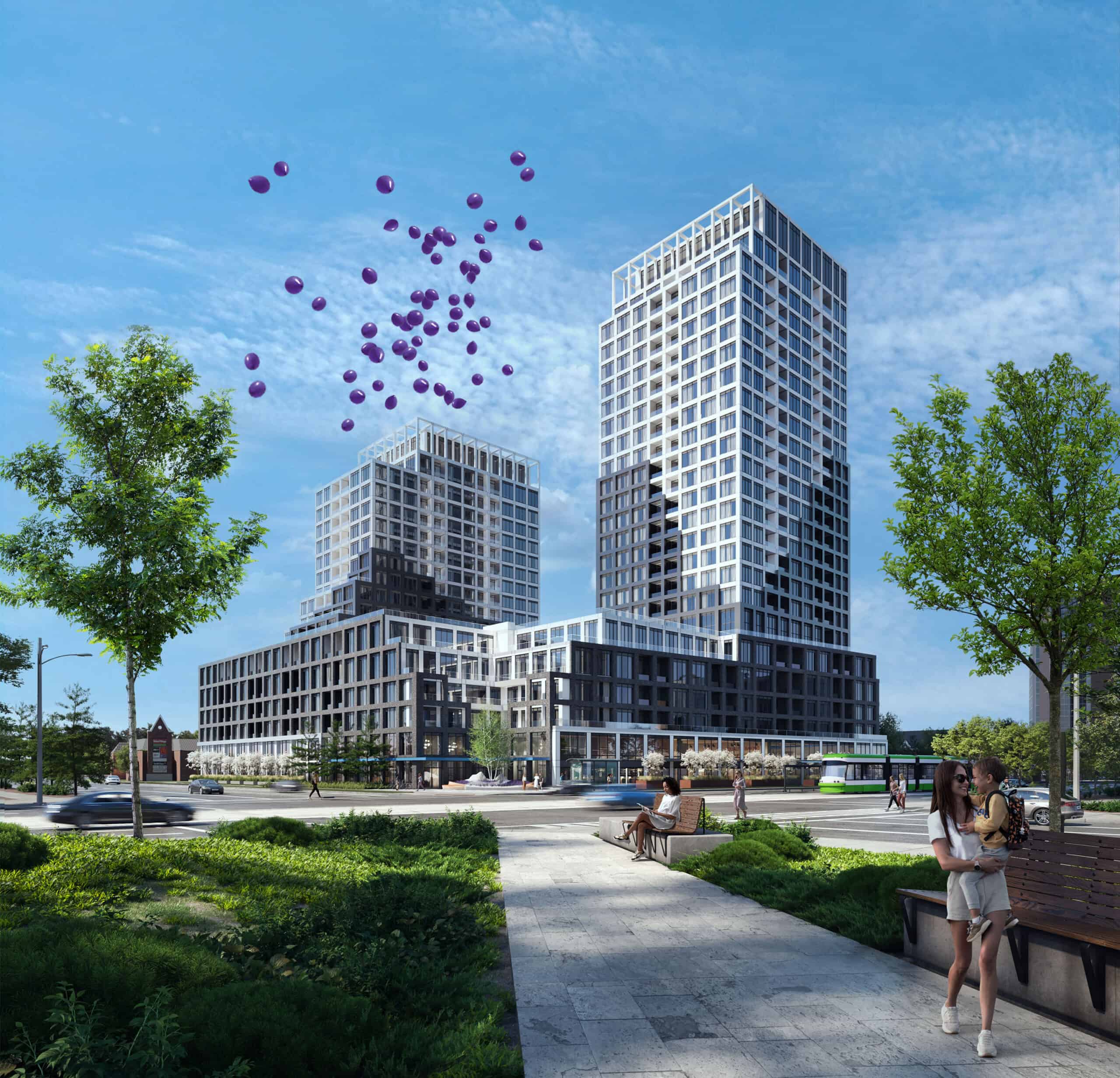 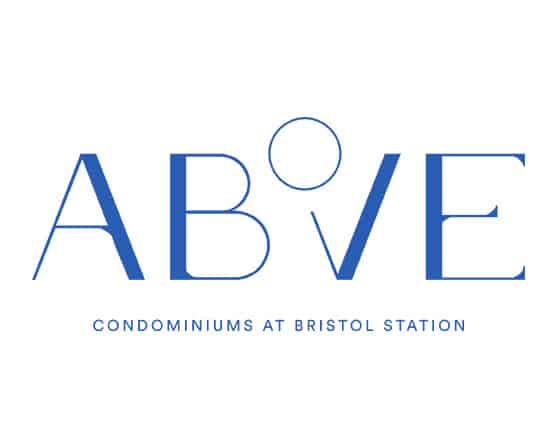 Above Condos is a new mixed uses condominium development in Mississauga. This pre-construction project by Marlin Spring and RioCan Living will sit at 30 Bristol Rd E, near Hurontario Street and Eglinton Ave West in the Hurontario neighbourhood.

This condo is poised to add vibrancy with its two-storey towers –reaching 17 and 24 storeys. It will contain a total of 579 condo units in a range of layouts and designs, from studios to three-bedroom units.

Above Condos, an idyllic community experience especially located north of Mississauga’s downtown. Discover this stunning condominium community on Hurontario, in addition to being close to the LRT Bristol Station and the best urban amenities in the city. Coming soon to Bristol Road and Hurontario Street.

Above Condos is located in downtown Mississauga. The Toronto Pearson International Airport, Canada’s largest and busiest airport, has been the most important driver of Mississauga’s growth. Because of its close proximity to the airport and the City of Toronto, several companies have chosen to locate their headquarters in Mississauga.

Reasons to Live at Above in Mississauga

Population increase & Economical outlook
Mississauga is Canada’s 7th largest city with a population of approximately 717,961 (2021) which is anticipated to increase to 995,000 over the next 30 years. At the same time, employment is expected to climb from 477,000 (2021) to over 590,100 making Mississauga a place to truly live, work, and play. With an increase in population and more jobs on the way, housing in the city will be in high demand which will drive up both real estate values and rental rates!

Connectivity & Transportation
Mississauga is serviced by seven major highways including the 401, 403, 427, 407 and the QEW offering fast, convenient access to major destinations in Canada and the USA. The city is also home to an upcoming Light Rail Transit System, MiWay Transit, multiple GO Stations, and Pearson Airport which is Canada’s largest international airport.

Location
Mississauga neighbours Canada’s largest city and benefits from all of what Toronto has to offer. The city is also home to Square One Shopping Centre (Ontario’s largest mall), Celebration Square, Sheridan College, The University of Toronto – Mississauga, Golf Courses, Lake Ontario and so much more.

Marlin Spring brings a thoughtful, innovative approach to development within the GTA, where they have several projects. With a keen eye for detail, this group produces real estate that adds value to surrounding streetscapes and makes welcoming places to call home.

RioCan Living has been the largest Real Estate Investment Trust in Canada since 1993. This developer is a well-trusted name in the national commercial development industry. Plus, they are best known for their extensive collection of retail properties throughout Ontario and Alberta. They have since brought their expertise to condominium development. 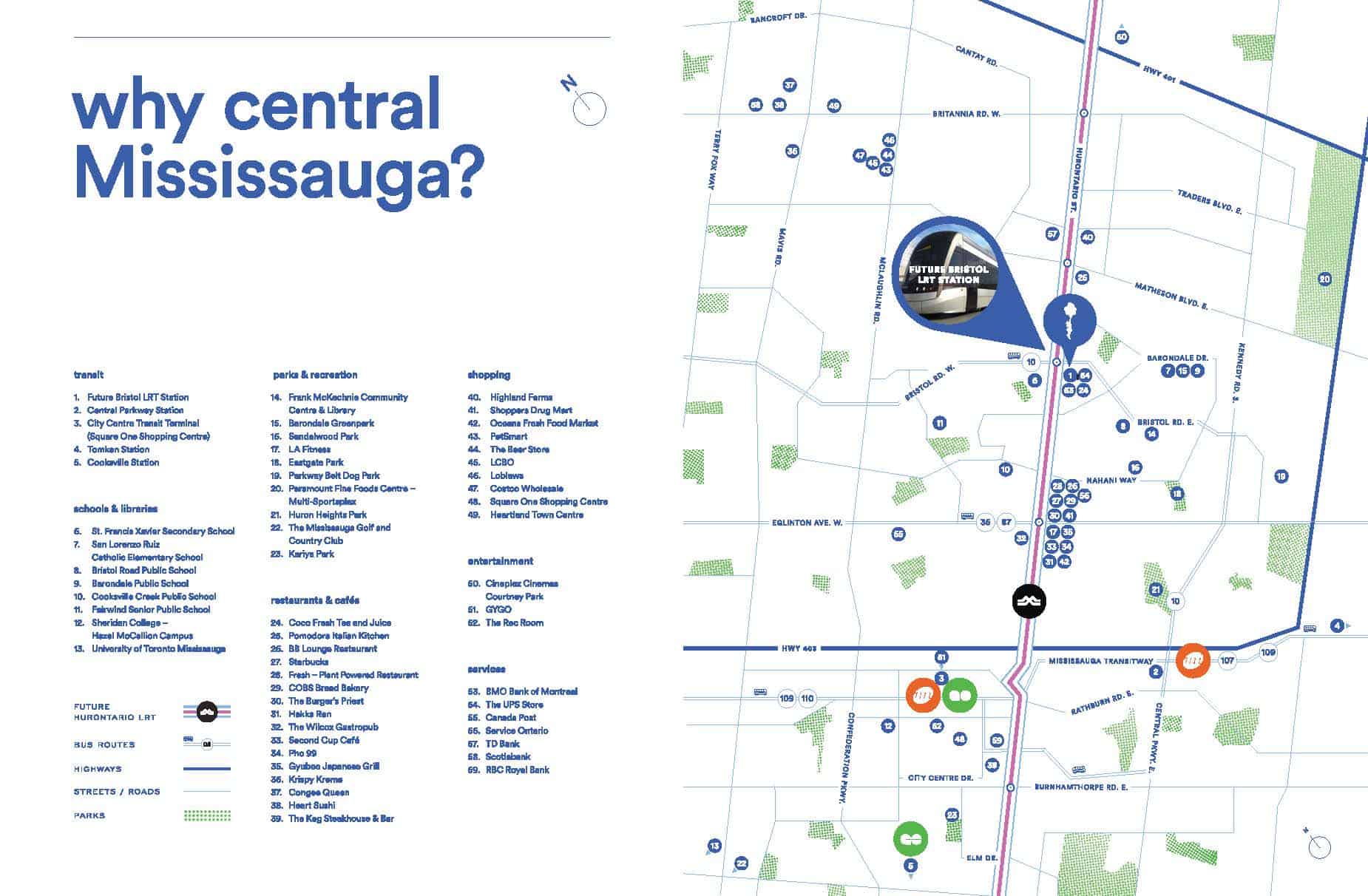